by THE OCEAN PARTY 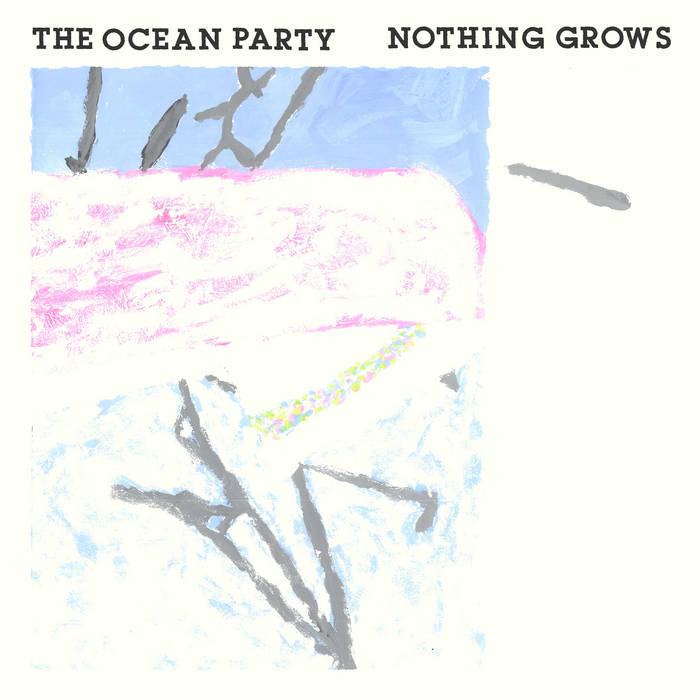 "Nothing Grows" represents the most sombre and unabashed
exploration of some of Zac Denton's mainstay themes. They sit in contrastto question the spaces between: isolation looks to belonging, a full life sees final death and love sees loss.

Zac explored these ideas throughout his short life, but here we see him at his most impressionistic as he paints the picture of a withering farm. The image lingers with the hypnotic accompaniment, "Light the fires please my sweet. Let's just lie here in peace".

On the drive home from recording their eighth LP "The Oddfellows' Hall", The Ocean Party toyed with the idea of working on some smaller releases that focussed on the songwriting of individual members of the band. Their releases up until this point had mainly been a shared effort, a sort of anthology featuring a few songs from each band member.

Zac Denton, with a swathe of half-finished material and keen for a
finish line to motive it into completion, started working on "his" EP immediately.

Zac recorded all of his parts for the songs and directed the other band members to add to them in their own time. The process was out of character for the band who usually recorded together and tried to be minimal with over-dubs, but with Zac's death in late 2018 it was clear that there could have been no other way.

As a meditation of Zac'slife and work, as a gift to help his friends bring something of his to life after his death, as an ecclectic collection of songs from a young songwriter, and as a final release from The Ocean Party "Nothing Grows" is the band at it's most devoted.