by AMOS AND SARA 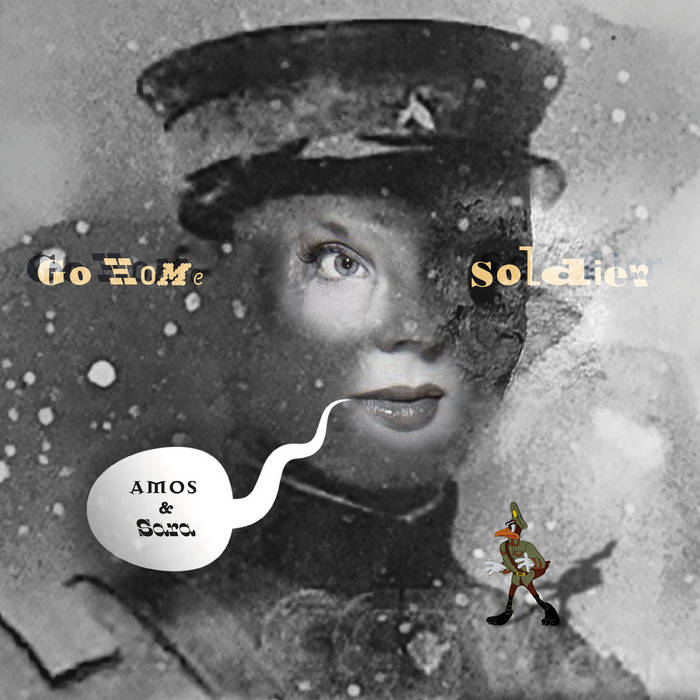 Previously released on the peerless early 80s DIY-avant punk label “Its War Boys”, Emotional Response is proud to reissue this genuine 1983 rosetta stone post-punk-disco-dub oddity from one of the few legit unsung pioneers of the UK underground.

Recorded in the twilight hours, at the legendary Surrey Sound with Chris Gray at the controls, featuring the arresting vocals of Sara Fancy,, This long out of print EP serves as an essential piece of the jigsaw from a sprawling and fascinating back catalogue of Amos. (AKA Xentos Jones, Amos D’eath, L. Voag, Jim Welton, and others….), the playful lunacy and a driving force and behind such heavy hitters of the UK DIY avant-pop squat scene such as Milk From Cheltenham L. Voag The Work, The Fear Merchants, Just Measurers, The Homosexuals… and a bazillion others.

This EP collects the 3 original EP tracks, plus the additional previously unreleased studio dub, rescued from an oxide shedding cassette. All remastered with love and consideration, ready for the gen pubs aural consumption, 4 dec.

This is essential and rewarding listening. As those of you who know, will appreciate.

A&S - most of the audio was sourced from a high quality recording off disc. Designer Simon has a pal who records all his discs and he had an almost mint copy. A tiny touch of waveform redrawing tidied up the handful of scratches and a gentle touch of Izotope sorted out and other issues. The cassette dub was a live mix recorded at the old Surrey Sound Studios - the one where The Police first recorded. Chris Gray, whose brother Nigel set the studio up, used to generously let all manner of lunatics loose for night sessions. Depending on the habits of the bands recording in the day, you might get lucky and start a session by 10pm but some nights you'd have to hang around till 2 or 3 to get started.
My memory is that initially I got quite a bit of grief from everyone involved on the night except Ian Hill, the accordian player. It took a fairwhile to record all the individual parts so understandably people started getting antsy. The guy engineering almost drove me nuts banging on about using a LInn Drum instead, saying he could program the beat in five minutes. Of course, that completely missed out my idea which was to create a human drum machine, with all the deliberate flaws and eccentricity that might involve. There was a furious nonsensical debate going on around that time with people slagging off drum machines, claiming they were the devil's spawn designed to dehumanise the population. I loved them myself, especially 808s which were so wacky but like all emerging tech, it depends how you use it. And the Linn Drum certainly gave birth to some effing awful muzak.
Lepke B., who I later worked with in Die Trip Computer Die, was a great help on the mix session. He had a way with those AMS digital delay machines. They had an early form of sampling called a lock in - nothing to do with a late night pub session but sort of a short loop that you could them trigger using another track. Cue lots of divine madness and experimentation.
I did do something quite stupid at the mix session. I brought along another cassette to record on I'd picked up at a street market. Brand name - Sun. I think they were 10 for 20p, made in the Peeps Republic of China. Cassette manufacturing wasn't their forte at that period as when I got the cassette home (which had another lovely set of dub mixes) the tape (which sounded absolute crap, like a sick guppy taking a painful crap underwater mainly) quickly ate itself and I lost the lot. Should have stuck to the trusty old TDK ChrO2 formula - never failed yet.